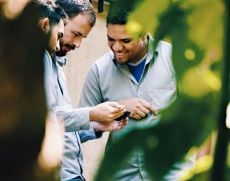 It is the dream of every entrepreneur: to come up with an idea that puts his or her name on the map, leads to fervent pleas for interview requests and even brings in a financial windfall in the process. However, overnight successes are few and far between. More often than not, successful entrepreneurship comes through years of hard work and commitment.

But just because something is difficult does not mean that it is impossible. Aspiring entrepreneurs can learn a great deal from the successes of those who have gone before them. One prime example is Niantic, Inc. CEO John Hanke, the man behind one of 2016’s hottest trends: Pokémon Go.

Who is John Hanke?

John Hanke turned a childhood passion for computer games into a thriving career through entrepreneurial efforts.

“A TRS-80 was the math computer in our school when I was in probably the seventh grade,” Hanke said in an interview with Forbes. “I was hanging around watching older guys and they were playing the original Star Trek game with ASCII graphics. I ended up spending hours and hours in the computer room doing that. A couple years later, I saved up my money mowing lawns and bought an Atari 400 with $500 and a tape recorder to save all my programs.”

While attending business school to earn an MBA degree, Hanke joined the startup Archetype Interactive, which developed one of the first commercially successful massively multiplayer online role-playing games: Meridian 59. Despite this early success, Hanke was not content. He later co-founded Keyhole, a firm that specializes in geospatial data visualization. The mapping technology caught the attention of Google, which acquired the company in 2004.

After Keyhole was purchased by Google, Hanke joined the technology giant as the Geo division’s vice president of Product Management. Through his involvement with the company, Hanke returned to his background in gaming through a new department. They named the internal Google startup Niantic Labs. When the gaming unit split from Google in 2015, Hanke led the break and continued with the company as chief executive.

Niantic made headlines in 2012, while still a part of Google, when it created Ingress, an augmented-reality massively multiplayer online game that was based on the user’s location. It was initially released only for Android, but later became available for iOS as well. This concept was expanded when Nintendo and The Pokémon Company invested in Niantic after its split with Google, creating an app called Pokémon Go.

The rise of Pokémon Go

When Pokémon Go was released in July 2016, it excited people of all ages in countries around the world. Using the GPS on a mobile device, the game allowed users to locate virtual images of Pokémon, fictional creatures that first became popular in card form in the 1990s. Through the app, it appeared that the creatures were in the real-life location where the user was standing, being viewed through the phone screen, providing the ability to capture, train and battle with the Pokémon in a more realistic format than ever before.

The game was developed for iOS and Android devices by Hanke’s company Niantic, in collaboration with Nintendo and The Pokémon Company. Despite some early technical issues, the news quickly filled with stories of grown adults reliving their childhood by running around open fields and parks catching all of their favorite Pokémon. According to Apple, the game broke the record for most downloads in an app’s first week in the company’s store.

Though the heyday of Pokémon Go has ended, the game is still an example of the great success that can be born of entrepreneurship, and Hanke’s example offers a number of lessons for those who wish to find entrepreneurial success of their own.

As Hanke’s career demonstrates, entrepreneurship can take many forms. In the case of the Pokémon Go founder, there were multiple entrepreneurial efforts, one after the other, that eventually led to his latest success. Whether you are at the very beginning of your own journey or in the midst of a problem already, there is much to take away from Hanke’s work.

First, learn all you can as soon as you can. Whether you are a teenager, nearing retirement or anywhere in between, you should always be looking to learn more about your field of choice and what other entrepreneurs are doing to stay ahead of the curve. Hanke told Forbes that he became interested in technology at an early age.

“When I was growing up I was reading Byte magazine and reading about Steve Jobs and [Steve] Wozniak and all the characters in California that were inventing personal computers,” he said. “It all seemed like a remote, foreign place that I wasn’t connected to—an impossible thing to be part of it, but it was something that I wanted.”

If you see something that you want to be a part of, educate yourself. Whether it is through listening to podcasts by entrepreneurs you admire or earning an MBA, a deep desire to learn is one of the hallmarks of a successful innovator.

However, do not be so concerned with the next big thing that you do not take the time to look at old ideas in new ways. After all, Hanke’s app was not built on completely original concepts, as he affirmed in a recent interview.

“So I’m not sure Pokémon Go is something new, so much as a new take on something that’s been around for a long time,” Hanke told Time magazine. “Which is people wanting things they can do together socially, to give people an excuse to get out and socialize with other people, which at the end of the day makes us feel good.”

Finally, avoid the temptation to grow complacent. Despite his success, Hanke has continued to push the envelope. Not only did he continue to look for new entrepreneurial efforts even when he had a comfortable job at Google, he and his company have also avoided complacency in Pokémon Go itself. If you do not start thinking of ways to help your product or service stay relevant, even when things are going well, you may find yourself out of luck when the novelty wears off. Creating events for Pokémon Go has helped the game to maintain financial profitability past its prime.

The importance of an MBA

If you are interested in pursuing an entrepreneurial career of your own, consider earning a Master of Business Administration degree. An MBA will equip you with the skills and knowledge of business and finance that you need to have confidence launching your own company.

As part of Villanova University’s online MBA program, you will take courses on topics that are central to entrepreneurship, such as analyzing and leveraging data, team leadership and group dynamics, business operations in the 21st century, strategic marketing management, and more. It is a valuable next step for both business veterans and newcomers alike.