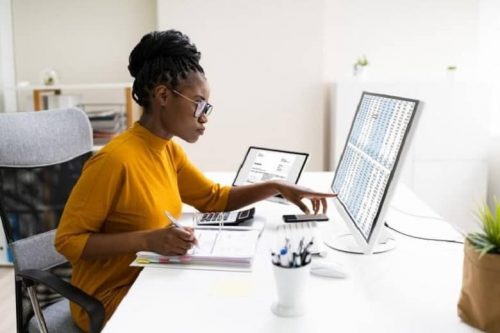 The inextricable link of tax policy to our country’s political and social policies has come into sharp focus in recent national elections. In the run-up to the 2020 presidential election, prominent Democratic candidates included a wealth tax in their economic proposals as a means of addressing the widening gap between rich and poor in the United States.

US tax policy has long been based on an income tax, which applies to the money earned annually by people and businesses. By contrast, a shift to a wealth tax policy would levy a tax on the value of the assets owned by individuals, including cash, bank deposits, stock, fixed assets, real and personal property, pensions, trusts, and owner-occupied housing.

A tax policy that includes a wealth tax would fundamentally alter how the US government raises revenue, but the implications of such a change extend to all aspects of economic, social and political policy. Tax professionals can prepare their clients for the many large and small shifts in US tax policy via programs such as Master of Laws in Taxation and Master of Taxation degrees. Both feature curricula that dive deep into these and other tax policies and taxation concepts.

What Is a Wealth Tax And How Would It Work?

A wealth tax policy would apply a tax on the annual net worth (total assets minus liabilities) of individuals and households who are above the exemption threshold. Net worth includes bank accounts, stocks, bonds, mutual funds and other financial assets, as well as nonfinancial assets such as real estate and luxury goods.

The proposals for wealth taxes from prominent Democrats differ from the tax policy proposed by the administration of President Joseph R. Biden. The economic policies promoted by Senators Elizabeth Warren and Bernie Sanders would apply the tax on households that are worth more than $50 million and $32 million, respectively. Senator Sanders proposed tax rates from 1% to 8%, while Senator Warren’s proposal called for a tax rate of 2% to 3%.

The Biden tax proposal does not include a wealth tax, but it does apply ordinary income tax rates to capital gains and dividends for the highest income earners. These and other changes will raise the effective tax rate for the highest earning US residents. By contrast, a wealth tax would have a profound effect on current federal income tax assessment by creating an entirely new type and category of taxpayer. These are some of the ways in which a wealth tax would fundamentally change the federal tax system.

Arguments in Favor of a Tax on Wealth

Many leading economists favor a tax on wealth as the most effective way to stop the exponential growth in the wealth of the world’s richest people at the expense of low-income and middle-income earners. Wealth tax proponents include Joseph E. Stiglitz, who won a Nobel Prize in Economics, and Thomas Piketty, author of the best-selling Capital in the Twenty-First Century.

Advocates of a wealth tax argue that it is the most effective way to equalize the tax burden that in recent decades has fallen increasingly on poor and middle-class people and less on wealthy people.

Wealth taxes would also be a challenge to implement in the US because the IRS lacks the auditing capacity to ensure enforcement. In addition, estimates of wealth tax revenue have historically been higher than actual amounts collected. For example, after implementing a wealth tax, France saw an estimated 42,000 millionaires exit the country between 2000 and 2012, reducing expected revenues. The tax was abolished by French President Emmanuel Macron in 2018.

One reason revenue generated by wealth taxes falls short of expectations is the availability of tax strategies that take advantage of legal techniques to avoid being subject to the tax.

Finally, opponents of a wealth tax argue that it is a direct tax on property that is prohibited by the constitution.  This argument, if availing, would require a constitutional amendment before a wealth tax could be enacted.

The one constant in tax policy is change. No matter their tax bracket, people need experienced tax professionals to help them avoid the pitfalls and take advantage of the opportunities presented by adjustments to the tax code. Programs such as Villanova University’s online Master of Laws in Taxation and online Master of Taxation degrees encompass the range of tax topics that accounting professionals require to serve their clients. Key courses include those on Wealth Tax, Taxation of Trusts and Estates, and Fundamentals of Lifetime Estate Planning.

Brookings Institution, “Estimating the Economic Impact of a Wealth Tax”

Financial Advisor, “How to Protect Ultra-Affluent Clients’ Assets from a Wealth Tax”

Investopedia, “What Is a Wealth Tax?”

National Public Radio, “If a Wealth Tax Is Such a Good Idea, Why Did Europe Kill Theirs?”

Peter G. Peterson Foundation, “What Is a Wealth Tax, and Should the United States Have One?”

Pew Research Center, “6 Facts About Income Inequality in the U.S.”

Tax Policy Center, “State and Local Governments Have a Role to Play in Reducing the Wealth Gap”