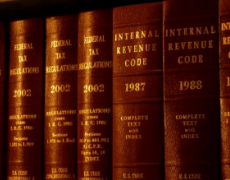 As U.S. tax laws grew in size and complexity, so too did the need for attorneys who specialize in tax law. By the early 20th century, the need for specialized litigation over matters of taxation grew so great, that Congress set up the U.S. Tax Board of Appeals, the first iteration of what would become the U.S. Tax Court.1 Today, the U.S. Tax Court is a headquartered in Washington D.C. and devoted to resolving disputes between taxpayers and the IRS.2

How Does It All Fit Together?

Over the course of its history, the Tax Court has been alternately described as being an executive, judicial, and legislative organization. For example, because its decisions may be reviewed by federal District Courts, it can, and usually is, considered an arm of the judiciary.3 But when it was originally established as the Tax Board of Appeals in 1924, it was classified as an independent office of the executive branch, subordinate to the President.1 Yet in certain versions (up to 2008) of the annually released U.S. Directory of Executive and Legislative Appointed Offices had categorized the Tax Court as being part of the legislative branch.4 In practice, of course, the Tax Court does not create law, but reviews and passes judgement enabling the IRS to enforce tax policy. That is why today, it is generally accepted as being a judicial institution.

The Tax Court has a rather unique relationship with the U.S. Supreme Court, and with the American three-branch structure of government in general. Its judges are appointed and may be removed by the president, but serve 15 year terms, rather than lifelong appointments like Supreme Court Justices.2 Technically, because its decisions are limited to tax policy and may be reviewed upon appeal by the Supreme Court, the Tax Court may be considered an inferior court within the judiciary.

In practice, there is very little overlap between the sorts of cases they hear, and decisions are seldom appealed to that extent. Similarly to the Supreme Court, Tax Court decisions are catalogued and published by the IRS as a point of reference to inform future litigation (or avoid the need for litigation due to precedent). However, cases appealed following a Tax Court decision would normally go to a District Court or U.S. Court of Federal Claims, and very rarely would go on from there to the Supreme Court. Although the Tax Court itself is not involved in writing or revising official tax law, legislators do use decisions made by the court to inform and guide their approach to developing or changing federal tax policy–just as Supreme Court decisions are often of interest to Congress when addressing other policy issues.5

One feature that sets Tax Court apart from other courts is that all cases are heard solely by a judge, never by a jury. It is also much more common for plaintiffs to represent themselves in court, rather than hiring a tax attorney. They are able to do this in most cases, because the court was designed in part to expedite the litigation and review of tax disputes, which would otherwise risk clogging up the rest of the judiciary. It even has its own specialized bar examination, so that attorneys who have not yet been licensed to practice in their respective states may still do so in Tax Court.2, 5

There is only one official Tax Court, and that is in Washington D.C.; yet in the interest of reaching and serving the taxpayers everywhere they live, Tax Court judges are deployed to courts around the country, especially during tax season. From these various courts, the functions of the Tax Court are carried out, and allow those citizens who must appear in court to avoid travelling all the way to the nation’s capital.2

Finally, although any American taxpayer may be a plaintiff in Tax Court, cases almost always involve the same single organization as a defendant: the IRS. As the office responsible for collecting and reviewing the nation’s tax returns, the actions taken by the IRS–especially the audits and corrections they perform–are the overwhelming basis for petitions brought by taxpayers who wish to dispute their bill.5

No Time To Lose

Because of the number of petitions received by the Tax Court, the standard wait for a court date is anywhere from six months to a year. It is during this waiting period that the overwhelming majority of cases are settled, preventing the need for a trial to take place.

Ultimately, more than 90 percent of all Tax Court cases are settled outside of court, without a formal trial.5 Because the IRS must balance its mission to gather federal revenue against the cost in time and resources of going to court, its attorneys will usually make an effort to resolve disputes as efficiently as possible. Taxpayers who petitioned their cases to the Tax Court are at liberty to accept these out of court settlements–as is typical–or else pursue the matter until they are due to appear in court.

Even though the Tax Court does not usually host litigation over the cases brought to it, it still serves as a concentrated source of demand for tax attorneys. All of its judges are presidential appointees, typically experienced tax attorneys who have earned their LLM in Taxation and have experience working in the realm of tax law. These judges are also supported by a network of judicial clerks, all of whom help review petitions, conduct judicial research, and generally enable the court to function effectively. Given the need for manpower to accommodate the scale of the court and its nuanced mission, it should be no surprise that the U.S. Tax Court is one of the top employers for graduates of a LLM in Taxation program.