The Evolution of Data Collection and Analytics 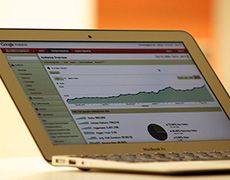 The shift in the way companies work has been so significant over the past decade that, according to the Harvard Business Review, people who have been in business for at least a decade could define their careers as BBD and ABD, or Before Big Data and After Big Data. The science of analytics has evolved to keep pace with the massive troves of available data. Here’s an exploration of the field’s evolution.

The Early Era of Business Intelligence

Business analytics as a distinct discipline emerged in the 1950s when tools were developed that could capture information and identify patterns and trends faster than the human mind. These early efforts at business intelligence represented what data analysts often refer to as Analytics 1.0.

The early era of business intelligence lasted about half a century, from the mid-1950s through 2009 and the advent of big data.

In the mid-2000s, Internet and social media giants such as Google and Facebook began uncovering, collecting and analyzing a new type of data. While the term “big data” didn’t enter the common lexicon until about 2010, analysts recognized this new information was qualitatively different from the small data of the past.

Small data was generated by a company’s internal operations and transactions, but this new data was externally sourced, drawn from the Internet, public data sources and projects such as the Human Genome Project. This signified the switch to Analytics 2.0.

With the arrival of big data, new technologies and processes were developed at warp speed to help companies turn data into insight and profit. Big data required new processing frameworks such as Hadoop and new databases such as NoSQL to store and manipulate it. The data analysts of Analytics 2.0 required competencies in both analytics and information technology, which better equipped them for the coming technological advances.

Many experts believe that a third era — Analytics 3.0 — has arrived, evidenced by new customer-facing services that use analytics to provide a very personalized user experience. Revolutionary in-memory or in-database analytics are now being paired with responsive methods and machine learning to deliver real-time insight and results.

New analytics disciplines have emerged to complement descriptive analytics in the analytics portfolio. Predictive and prescriptive analytics, which give insight to the probability an event will occur in the future and recommend possible courses of action, are emerging as key tools for business executives. Analytics are available to support on-the-spot decision-making through the use of analytical apps.

This new era of Analytics 3.0 is certain not to reflect the end of the evolutionary tale. In fact, it presents new challenges and opportunities for businesses and data analysts alike. Those individuals who are able to both capture data and organize it as well as analyze and use it to make better business decisions are and will continue to be in high demand.

How to start a career in analytics

Examples of Big Data at Work