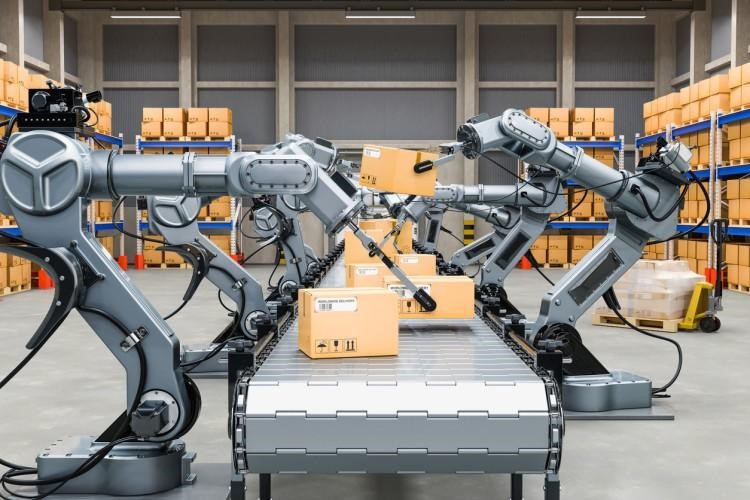 New technologies continue to reshape our world, yet government policy struggles to keep pace with technology-based disruptions to industries and economies. One major example is automation and its effects on taxes.

A 2019 report from the Brookings Institution estimates that automation could eliminate 25% of US jobs, having the greatest impact on low-wage earners and men. However, the Tax Policy Center states that about 80% of all federal revenue is raised by income and payroll taxes.

Tax experts continue to debate the notion that there is explicit bias toward capital (income) and against labor (consumption) in the US tax code. The experts also disagree on whether workers whose jobs are replaced by robots will be excluded from the job market or will ultimately find more rewarding jobs than those they lost. While the debate continues, the government will need to respond to the potential tax disruption, and one option is a tax on the robots replacing workers. Emerj Artificial Intelligence Research, an AI research and advisory firm, explains that the debate centers around three open questions:

Does the US Tax System Favor Capital Over Labor?

Income, or capital, tax applies when money is earned, although there are many exceptions, such as retirement accounts, health spending accounts and other tax deferral programs. By contrast, consumption, or labor, tax applies when money is spent, which encourages savings and investment. However, consumption taxes tend to account for a higher percentage of poor people’s income.

Some tax experts assume that automation will lead to lower capital tax revenues for governments and will require either a robot tax or increases in capital taxation across the board. Other pundits and tax law scholars argue that taxing the use of robots will help workers whose jobs are replaced and shore up the Social Security system, as The New York Times reports. Microsoft co-founder Bill Gates surprised many analysts by speaking out in favor of a tax on automation to help fund occupations such as child and elder care, according to Accounting Today.

Many prominent tax policy researchers counter that businesses need incentives to invest in the new technologies that foster economic growth. They claim that a tax on automation would be a disincentive at a time when economies need faster productivity increases.

In TaxProf Blog, Daniel Jacob Hemel of the University of Chicago Law School highlights several reasons for not taxing the use of robots. For example, the claim that the US tax code favors capital over labor assumes that an income tax would remain the baseline for federal taxes rather than a consumption tax serving as the baseline. In this scenario, robots replacing workers would lead to a shortfall in overall tax revenue.

If, on the other hand, a consumption tax is the baseline, as many tax analysts believe it should be, then the tax code would exhibit an anti-capital bias and thus would favor investments in robots and other forms of automation over labor. (The Tax Cuts and Jobs Act of 2017 is seen as a shift away from an income tax baseline and toward a consumption tax baseline, as explained below.)

In addition, robots embed the labor of engineers and other workers, and the labor of robot makers is often taxed at a higher rate than the labor of workers who face displacement due to automation. (“Embedded labor” represents the time and effort of the human workers who design, develop, operate and maintain robots.) Lastly, Hemel counters the belief that tax law is an incentive for businesses to replace workers with robots, stating that no one knows how quickly jobs will be lost, or whether they will be lost at all.

Still, there remains the possibility of “significant job losses and worsening income inequality” as a result of industries’ increased reliance on robots and other forms of automation, as Ryan Abbott and Bert Bogenschneider write in the Harvard Law & Policy Review. The researchers argue that at the least, the tax should be neutral in terms of how it treats workers and robots. To ensure that automation does not reduce tax revenue, tax policy could be adapted in several ways:

Any tax on automation or robots should  be analyzed under the current tax code and, in particular, some of the taxpayer-friendly deduction provisions of the Tax Cuts and Jobs Act.  For instance, one of the most significant changes in the Tax Cuts and Jobs Act was the provision that allows businesses to immediately deduct the total cost of capital investments rather than spreading the deductions over several years. “Full expensing” has proven popular with businesses and tax groups such as the Heritage Foundation that favor a consumption tax baseline for the federal government rather than the current income tax baseline. Immediate deductions for capital investments make investing in robots and automation less expensive for companies.

Groups such as the Information Technology and Innovation Foundation are calling for the policy, which is set to expire between 2022 and 2026, to be made permanent. These groups have gone so far as to suggest that the policy be coupled with an investment tax credit. This raises the question of whether and, if so, how amounts spent on automation and robots should be deducted.

Are Robots a Form of Capital or Embedded Labor?

Most taxes raised by the US government and other developed nations are derived from direct taxes on income/capital and indirect taxes on workers’ consumption/labor.

Hemel argues that robots represent embedded labor because they are the result of the work of engineers and other highly skilled laborers. Therefore, robots are one form of labor displacing another form of labor. The result may be that a small number of highly paid workers replace a greater number of low-income workers. Hemel claims that the US tax code is not the cause of this shift, nor would the change result in less total tax revenue being collected.

Hemel notes that the shift in income from lower-earning workers to higher-earning ones will cause a reduction in revenues funding Social Security and Medicare and an increase in individual income taxes. This shift, therefore, would require that Congress redirect some tax revenue from the general fund to entitlement trust funds to maintain current policy goals.

The hybrid income-consumption nature of the US tax system impacts the total costs to companies of implementing robots in their operations. Abbott and Bogenschneider claim in The New York Times that “because the vast majority of tax revenues are now derived from labor income … firms avoid taxes by eliminating employees.”

But saving tax revenue this way can also come at an expense for companies. Massachusetts Institute of Technology economist Daron Acemoglu points out that companies investing in automation that replaces workers lose an opportunity to invest those funds in ways that make humans more productive. Acemoglu posits that this trend has contributed to the sluggish growth in industrial productivity in recent years.

Would Taxing Robots Be Part of Expanded Taxation of Capital?

Among the challenges involved in imposing an automation tax is its potential impact on technological innovation. MIT Technology Review notes that robots qualify for capital depreciation, which could be seen as an incentive to replace human labor with robots. However, since automation is increasingly replacing labor, it makes sense to tax robots, or remove the tax bias favoring robots.

For tax professionals involved in wealth management and taxation of corporations and shareholders, a tax on robots would impact the taxation of all capital. The New York Times recommends closing the gap between how the tax code treats human labor and automation by reducing tax subsidies on all capital investments, paired with cuts on labor taxes.

The distinction is between taxing innovation and taxing technologies intended solely to “take away jobs.” In the Harvard Law & Policy Review, Abbott and Bogenschneider view that changes to tax policy are necessary to make up for the loss of government tax revenue due to automation. In particular, automation will necessitate education and social benefit reform that will in turn require increases in tax revenue rather than decreases.

Delve Deeper into the Tax Implications of Technology

Navigating the impact of tax code changes made in response to robots, automation and other technologies requires a comprehensive background in tax law, economics and technology. Villanova University’s online Master of Laws in Taxation and Master of Taxation programs help prepare tax professionals to serve their clients’ tax preparation and wealth management needs today and in the future.

Learn more about how the Villanova University Master of Laws in Taxation and Master of Taxation programs help lawyers and accountants work at the forefront of modern taxation specialties.

Changes in Sales & Use Tax: South Dakota vs. Wayfair Inc.

Accounting Today, “Should Robots Be Taxed?”

Brookings Institution, “Automation and Artificial Intelligence: How Machines Are Affecting People and Places”

CNBC, “Automation Threatening 25% of Jobs in the US, Especially the ‘Boring and Repetitive Ones’: Brookings Study”

Emerj, “Robot Tax—A Summary of Arguments ‘For’ and ‘Against’”

Forbes, “How to Fix the Tax Code So It Doesn’t Favor Robots Over Humans”

Future of Work Hub, “Robot Tax: The Pros and Cons of Taxing Robotic Technology in the Workplace”

Information Technology and Innovation Foundation, “The Case Against Taxing Robots”

McKinsey & Company, “Jobs Lost, Jobs Gained: What the Future of Work Will Mean for Jobs, Skills, and Wages”

MIT Technology Review, “Should We Tax Robots? A Debate”

SSRN, “Should Robots Pay Taxes? Tax Policy in the Age of Automation”

Tax Policy Center, What Are the Sources of Revenue for the Federal Government?

The New York Times, “Don’t Fight the Robots. Tax Them”