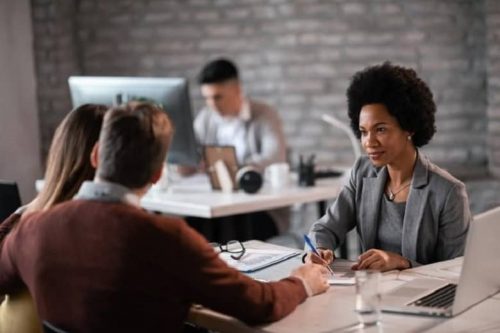 The first of the 12 guidelines for a tax policy framework established by the Association of International Certified Professional Accountants calls for equity and fairness. Many tax proposals include changing the preferential treatment of capital gains taxes as a means of achieving greater equity in distributing the tax burden among taxpayers.

Capital gains are the profit realized from the sale of capital assets. Many policy experts believe the current tax policy places an unfair burden on wage-earning income-tax payers compared to households whose income favors capital gains. These experts see capital gains tax reform as a way to effect social policy. Recent years have seen swings in tax policy relating to capital gains and income, and the changes are expected to continue during the administration of President Joseph R. Biden.

A crucial skill for tax professionals is the ability to anticipate and adapt quickly to changes in tax laws to ensure their clients are able to meet their financial goals. Degrees such as a Master of Laws in Taxation and a Master of Taxation prepare tax professionals with the skills and knowledge to meet their clients’ tax-planning requirements, especially during times of changeable tax policy.

What Are Capital Gains?

The Tax Policy Center estimates that in 2019, taxpayers whose annual income exceeded $1 million realized 76.8% of the benefits of capital gains tax rates being set lower than income tax rates.

Here are some other considerations regarding current and proposed capital gains tax rates.

Reforms to capital gains tax law would affect social policy in the United States in many ways.

The current federal policy on income tax capital gains applies the tax in the year in which the asset is sold, which is called “taxation upon realization.” By contrast, the “mark-to-market” approach would tax capital gains in the year in which the gain on the assets accrued. Query, however, whether the concomitant “loss upon realization” would be enacted.

The current U.S. capital gains tax policy may be viewed as contributing to income inequality in several ways.

One result of the current capital gains tax approach is an increase in the effective tax rate for people in the low- and middle-income tax categories. The current system benefits higher-income earners at the expense of households with annual incomes of $50,000 or less. Proponents of capital gains tax reform state that ending the preferential treatment capital gains receive compared to earned income would raise government revenue more equitably than raising taxes on earned income.

The potential impact of capital gains tax reform involves many aspects of both taxation and social policy.

The Biden administration’s proposed changes to the tax code are designed to generate revenue that would reduce the tax burden on low- and middle-income taxpayers. The increased revenue from capital gains taxes would also fund infrastructure improvements, energy development, manufacturing and other programs.

The new administration is expected to continue the 2017 Tax Cuts and Jobs Act’s Opportunity Zone program, which creates tax-deferred capital gains and other benefits for investments in economically disadvantaged communities.

Tax-loss harvesting techniques take advantage of slight dips in the value of investments. For example, selling an asset that has lost value and replacing it with a similar investment allows taxpayers to offset the loss with any gains realized from the new investment, with some limitations. The Biden plan’s proposal to increase ordinary income tax rates would make it more difficult to reap the benefits of tax-loss harvesting.

Staying One Step Ahead of Impending Changes to Tax Law

The tax code is in a constant state of flux as markets, industries, technologies and political administrations rise and fall. Tax professionals are challenged with anticipating the effects of capital gains tax reform and other policy changes to ensure their clients benefit from the most favorable tax treatment possible. The Master of Laws in Taxation and Master of Taxation online degree programs at Villanova University prepare professional accountants and attorneys to meet this challenge by offering an advanced curriculum and graduate certificates geared to current and future tax systems and changes.

What Is Planned Giving? The Options Tax Professionals Need to Know About

Brookings Institution, “What Are Capital Gains Taxes and How Could They Be Reformed?”

Center for American Progress, “Capital Gains Tax Preference Should Be Ended, Not Expanded”

Investopedia, “What Are Capital Gains Taxes?”

Kiplinger, “The Lowdown on Capital Gains Tax Rates for 2020 and Beyond”

Niskanen Center, “It Is Time to Rethink the Capital Gains Tax Preference”

Tax Foundation, “Analysis of the Economic, Revenue, and Distributional Effects of Repealing Step-up in Basis”

U.S. Federal Reserve System, “Disparities in Wealth by Race and Ethnicity in the 2019 Survey of Consumer Finances”

Washington Post, “Opinion: Indexing Capital Gains Would Be a Game-Changer”