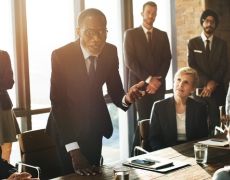 The new administration and congress is well underway in considering comprehensive tax reform. Although many tax professionals believe that tax reform legislation will occur, no one can say for sure whether it will be enacted in 2017 or 2018. In the event the legislation does not take effect till 2018, there were changes already on the books that will be effective in 2017.

The 2017 tax laws experienced significant changes over previous years. For a reminder of the year-over-year differences in 2016, please review our previous article. For a look at 2017, here is what tax experts and law experts can expect to see:

One of the more substantial changes to the 2017 tax laws is the alteration of the American tax brackets. Beginning in the filing season of 2018, taxpayers can expect to see each bracket increase slightly. In 2016, the tax rate of 10 percent was applied to money earned up to $9,275. However, 2017 taxes will see this rate stretched to $9,325, according to the Tax Foundation.

The reason for this change has everything to do with inflation. As time goes on, a dollar slowly loses its overall value, and the IRS wants to ensure that citizens are being taxed fairly. Making more money and still being taxed the same due to inflation doesn’t make sense, so tax brackets often need to shift.

On a similar note, there are few concepts that confuse average citizens quite like tax brackets. There seems to be a pervading myth that this system is designed to target the rich by making them pay exorbitant amounts of money simply for being wealthy. Tax brackets actually work by giving a rate on sections of your income as it progresses upward.

Let’s examine a hypothetical. If you currently make $9,325 per year, you would only have 10 percent of your income taken for taxes. But, if you get a promotion and start earning $9,326 per year, your entire income wouldn’t be bumped up to the 15 percent tax bracket. Your first $9,325 would still be taxed at 10 percent, while that extra dollar would be taxed at 15 percent.

Although this tax bracket adjustment is meant to be a benefit for the average person, there are some changes that may negatively affect citizens. Specifically, seniors aren’t going to have the same medical expense deductions that they once had. As it stands, the average person needs to have health care costs exceed 10 percent of their adjusted gross income in order to utilize itemized deductions.

In 2016, anyone over the age of 65 was able to do this if expenses exceeded 7.5 percent of their AGI. However, this will not be the case for 2017 taxes. Seniors will be treated just like any other person when it comes to deductions due to medical expenses.

While seniors have to deal with a negative change here, the average citizen can rejoice in the fact that standard deductions have been increased. According to the IRS, individuals who are married and filing jointly can expect to see a standard deduction of $12,700 for 2017. This is an increase over the $12,600 deduction for the same group in 2016.

Married individuals aren’t the only ones to see some advantages. Single filers will also be able to capitalize on this in standard deductions. The IRS stated that this group will see their deductions increase $50 to $6,350 for 2017. What’s more, heads of households will be able to benefit as well. They’ll be able to realize a standard deduction of $9,350, yet another $50 increase over the previous year.

While these changes may be small, it’s important to remember that tax filing involves small deductibles compounded over time. A $50 savings here and there certainly isn’t a lot when viewed individually, but if filers can find enough of these kinds of savings, they can make a serious impact on their taxes.

The Protecting Americans from Tax Hikes Act of 2015

Exponential increases to taxes can be incredibly damaging to the economy and that’s what the Protecting Americans from Tax Hikes Act of 2015 was created to do.

This particular act was approved in 2015. All of the regulations contained within this legislation became active on Jan. 1, 2017, and will therefore apply to taxes that are filed for the 2017 calendar year. The Committee on Ways and Means – a subsection of the U.S. House of Representatives – has shared the most important parts on its website.

As the name implies, the act ensures that the average taxpayer won’t have to experience enormous tax hikes in the near future. This is accomplished by taking previously short-lived tax provisions and signing them into law permanently. The Committee on Ways and Means stated that this “delivers certainty to American taxpayers,” which can help boost confidence.

One of the benefits is that it leaves the fate of the American taxpayer, to a lesser degree, in the hands of Congress. Provisions such as state sales tax deductions and small business relief are covered under this act, and won’t be up for further review anytime soon. The Act also attempts to stimulate growth because citizens won’t have to experience constantly evolving tax laws.

On a similar note, PATH is also meant to give Congress more time to focus on actual reform. Previously, much of the tax system changed on a regular basis, which translated to Congress constantly revising laws. Now that many of these regulations have been made permanent, this group can spend more time actually fixing problems with the current state of affairs.

Finally, and perhaps most importantly, the Committee on Ways and Means pointed out that PATH is an attempt to significantly cut down on abuse of the current tax system. Many tax credit programs are being fraudulently exploited, and this new act has portions dedicated toward reducing these issues. This seems to be only part of an overarching sweep to minimize these kinds of actions and it’s likely there will be more to come on this front.

Another difference compared to previous fiscal years focuses on health care for individuals who are self-employed. In 2016, the most that such a person would have to pay out of pocket was $4,450. However, inflation has been a factor, and this amount has been adjusted. People in this group now have a maximum personal cost of $4,500 pertaining to medical costs. While the cost is for single people, this change also affected the families of self-employed individuals. This group of individuals now have a maximum out of pocket charge of $8,250 starting in 2017, which is $100 more than the previous year.

Staying current with the latest tax laws is crucial for Americans. Not only should citizens understand what they’ll be paying in the future, they should also take time to comprehend why these changes occurred. Personal and professional education is recommended to manage current and future versions of the tax code.