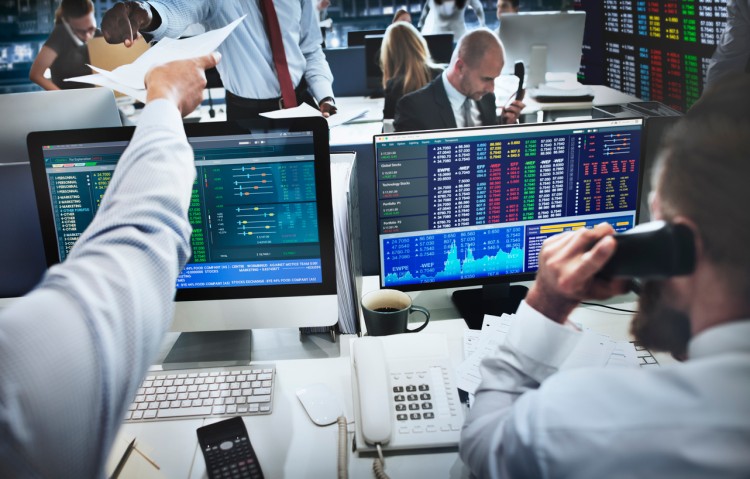 When Donald Trump won the presidency in November 2016, stock markets in the US and overseas responded immediately by sending individual stock prices up across the board. The increase in stock value was due in large part to the anticipated reduction in corporate taxes. The connection between tax reform and the stock market was clear.

By the time the Tax Cuts and Jobs Act (TCJA) was signed into law in December 2017, the stock market had gone up and down repeatedly as it reacted to the bill’s progress through the US Congress. Research published by Harvard University’s John F. Kennedy School of Government found that the stock market’s response to the bill being signed into law was “weaker” than its reaction to Trump’s election.

Tax professionals need to be prepared to recalibrate quickly when tax laws change. Pursuing advanced degrees, such as a Master of Laws in Taxation or a Master of Taxation, can help tax professionals strengthen their skills for adapting to inevitable tax law changes.

The US Congressional Budget Office (CBO) states that the effective tax rate for US corporations in 2012 was 18.6%, which was the fourth-highest corporate tax rate among the G20 countries. A corporation’s effective tax rate is defined as the average rate that it pays on its pretax profits, as Investopedia explains.

At the time the bill was being debated, arguments in favor of cutting the corporate tax rate focused on how the reduction would lead to fewer corporate inversions, which occur when companies shift their tax base to jurisdictions with no taxes or low taxes. The TCJA slashed the marginal corporate tax rate at the federal level from 35% to 21%. It also reduced the tax on repatriating cash overseas from 35% to 15.5%, according to U.S. News & World Report.

One short-term impact of the TCJA was an increase in gross domestic product (GDP) of 4.2% in the second quarter of 2018 and 3.5% in the third quarter of the year, according to Vox. However, a Brookings Institution analysis of the tax cut’s impact on the economy two years after it was enacted determined that the TCJA will have minimal effect on long-term economic growth.

The Coronavirus Aid, Relief and Economic Security Act of 2020

Most recently, Congress responded to the economic damage inflicted by the COVID-19 pandemic by passing the Coronavirus Aid, Relief and Economic Security Act of 2020 (CARES Act) in March 2020. Among the provisions in the $2 trillion relief package are support for health care providers, direct payments to individuals, expanded unemployment benefits, business loans, and support for state and local governments.

Analysts from financial services firm Vanguard predict that efforts to contain the pandemic will trigger an economic recession. Provisions in the CARES Act address this possibility by giving people more flexibility for managing retirement savings. Many of the relief programs in the CARES Act are aimed at preventing a recession, such as making direct payments to individuals, enhancing unemployment benefits, and temporarily blocking foreclosures and evictions.

The law also eases the burden on retirement plan sponsors. The CARES Act’s Paycheck Protection Program, deferral of payroll taxes and refundable payroll tax credit of 50% of wages help keep small and large businesses solvent. This protects the value of publicly traded firms for their shareholders.

The CARES Act provides loans to corporations, states and municipalities that requires the entities to retain workers. The law restricts the use of the loans for stock buybacks, dividend payments, executive compensation and other non-workforce expenditures. These measures are expected to mitigate COVID-19’s impact on the stock market. Research conducted by Bank of America and reported in Fortune estimates that the CARES Act prevented the Standard & Poor’s 500 stock index from falling to 1,725 from a high of nearly 3,400 in early 2020.

Tax reform is a standard part of political and economic change. A career as a tax professional requires continuous learning to stay on top of the social, political and economic innovations and ideas that drive modern tax policy. Villanova University’s Master of Laws in Taxation and Master of Taxation programs benefit professional accountants and attorneys by offering a curriculum that is up to date on new tax policies and procedures.

Learn more about how Villanova University’s Master of Laws in Taxation and Master of Taxation programs help tax professionals pursue their career goals.

How Lawyers Can Benefit from a Master of Laws in Taxation

Fortune, “This Is What the Stock Market Would Look Like if the CARES Act Never Happened”

U.S. Department of the Treasury, The CARES Act Works for All Americans

Vanguard, “What the CARES Act Means for Markets and the Economy”