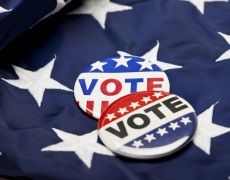 Data analytics is a revolutionary approach to business that is growing in prevalence across an array of industries, thanks to the proliferation of digital platforms. Given the growing popularity of analytics, there is now high demand for qualified professionals to assume roles in this field. Bloomberg, reporting on a survey from McKinsey, noted that within the next year there could be a talent shortage of qualified analytics professionals amounting to 50 percent when compared with national demand.

Given the widespread need for qualified analytics professionals, roles in this field are typically lucrative in terms of salary. If you are considering making the switch to a career in analytics, one of the most effective first steps you can take is applying to the online Master of Science in Analytics program from Villanova University. Designed to provide students with a comprehensive education in the practice of analytics, the MSA program focuses on the core practices that underpin data analytics and provides training in the most crucial analytics platforms.

Upon graduation you will find that you are qualified to occupy roles in various industries including finance, technology and marketing. You may be surprised to learn, however, that an MSA degree can also prepare you for an analyst role in the realm of politics.

The emergence of big data in politics

In recent years professionals in the political sphere have increasingly used data analytics for an array of purposes—most notably during political campaigns. Analytics Magazine, a publication from the Institute for Operations Research and the Management Sciences, explained that the 2012 general election between Mitt Romney and Barack Obama was a watershed moment in the use of big data analytics during campaign season. The source, reporting on research from Politico, explained that during 2012 the Obama campaign team developed the most comprehensive analytics strategy ever implemented in a presidential campaign. The trend of data engagement continued in the 2016 race, with both camps employing big data strategies.

How is data analytics used in politics?

Data analytics is used for a variety of purposes in the political field, and as an MSA graduate you will likely find that you have the necessary skills to work for a political campaign or political organization, such as a think tank. MSA graduates with a background in political science at the undergraduate level will be particularly well-suited to an analytics role in this area.

From campaign strategies to campaign outcome projections, these are the primary ways that data analytics is used by political analysts, strategists and campaign workers in the political sphere:

1. Collecting voting data
All political campaigns and organizations mine voting data, which is made readily available via voter databases. As explained by Forbes contributor and data-mining expert Meta S. Brown, voter databases contain public information about individual voters—how people vote remains private but other information is readily accessible, such as party affiliation and how often, if at all, a person has voted. Other data is also collected to gain more comprehensive insights into how people might cast their vote—for example, age, gender, marital status, income, profession, charitable contributions and even details such as magazine subscriptions. The data can then be used to gauge a macro-level look at the electorate, and to make predictions about the ways certain demographics may vote. For example, voting data may reveal that single mothers are more likely to be registered as Democrats, or that NRA donors will be more inclined to vote Republican.

2. Microtargeting
Employed widely by the Obama campaign in 2012 and again by the Clinton campaign in 2016, microtargeting is a relatively new practice which harnesses data analytics to make informed judgements about the most effective ways to appeal to certain groups of voters. Brown explained that microtargeting begins with the collection of data from surveys.
The questions in the surveys may broach an array of topics, including attitudes to a candidate and positions on hot-button issues. The survey information is collected and then scrutinized using analytics platforms by political analysts working for a campaign to get a sense of what issues appeal to certain areas of the population. This allows for the development of a more targeted campaign, focusing on specific demographics in certain areas and delivering them tailored messages, particularly when it comes to television advertisements, email blasts and canvassing efforts. For example, an area with a high concentration of evangelical voters may be targeted by a Republican campaign with commercials that address social issues such as same-sex marriage. Another example is the targeting of working-class white communities, which may be more responsive to messages about the economy and job creation. In essence, the interpretation of large amounts of data can pay dividends in terms of developing strategies that can most effectively reach out to various demographics.

3. Election outcome predictions
Analytics platforms are also used by presidential campaigns, as well as think tanks, university professors, news stations and independent commentators, to make various political predictions and forecasts. This practice is particularly common during an election cycle when various organizations work to make predictions pertaining to the outcome of an election. According to Analytics Magazine, prediction models typically use data from surveys, opinion polls and exit polls to create forecasts, although other models will use different forms of data to arrive at a prediction.

Data analytics is becoming an increasingly common practice in the political sphere, and is widely used by campaigns and independent bodies to survey the electorate, devise campaign strategies and make predictions. Consequently, there will no doubt be an increase in the demand for trained analytics specialists in the political field in the years to come. If you wish to pursue an analytics career in politics, applying to an MSA program is a great place to start, particularly if you already have prior experience in politics.

The Evolution of Data Collection and Analytics

What You Need to Know About Villanova’s Online MSA